After all parts being mounted before there were no problems to be expected on fit. But you never know, so you’re always relieved if things work out smoothly.

On this model I did not only apply a grafit saddle but also a bridge with grafit tune-o-matic saddles. A bit a demanding job was the installation of the electronics. Assembly through an f-hole is always a tricky thing.

The set up caused more problems than expected. When the artist had mailed me his string stengths and adjustments I entered unknown territory.

This guy plays an 11, 14, 18p, 32 42 54 string set. Everything must be set up in a different way as usual. The 54-E-string, tuned a half-tone lower, swings completely differently. First I was wondering about the string position he wanted. Now I know why. And the crazy thing about it, at least in my humble opinion, is that this can be played in an excellent way. Learned something again.

I like the look of this instrument a lot, the shade reminding of an vintage model. If it meets the taste of the future owner will only turn out at the moment of delivery.

For me it was great fun to realise this project and to explore the boundaries.

An episode I read in an old magazine comes to my mind. Brian May, asked about how his father and he got into building guitars from nothing, said that his father lived according the device: If you think about it long enough you’ll find a way to make it better. A wise man I think.

I’m excited to see if my decision to make a Les Paul with a difference was the right decision.

I’ve come to the end of the documentation. New projects and new ideas are waiting to be realized. 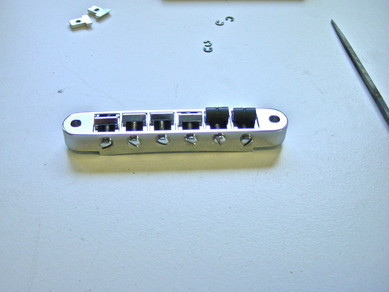 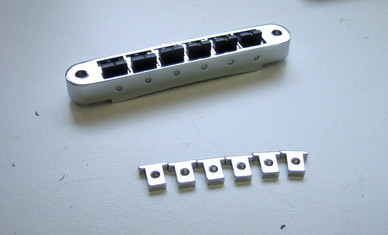 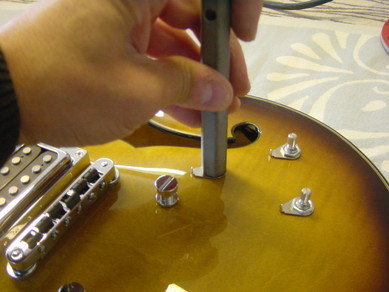 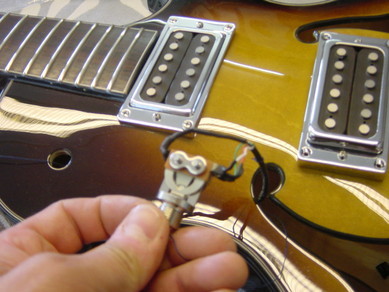 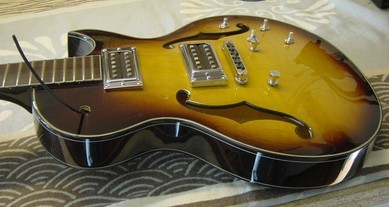 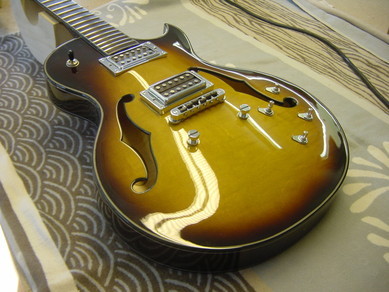 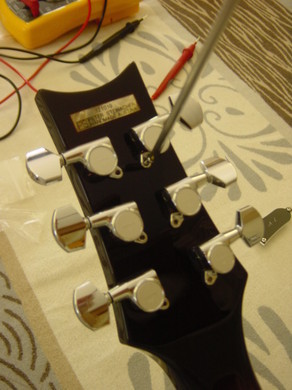