Now the moment has come that the instrument will meet its new owner. The musician I built it for is the British singer and guitar player Aynsley Lister. Some ten years ago I heard him fort he first time and was excited from the very first moment. In those days of course I didn’t realize that one day I’d be making guitars.

But why Aynsley Lister? Simple answer: I just wanted to hear my guitar played by someone exactly the way Ansley does. That’s just it.

Those of you who believe I’m making a lot of money with it must be disappointed. It was a present and an experiment – it was fun and entertaining.

Whilst I was building I was sometimes wondering if I wouldn’t mind giving the instrument away to someone once it was finished. Well, that was clear from the very beginning and knowing who is going to play it, it was absolutely no problem for me. And besides it is also necessary. I like making instruments too much and just can’t keep each one.

In August we contacted by e-mail to clear the final adjustments of the guitar. I was surprised by the strength of the strings (011 to 054). I sent some photos of the building process so he could get an idea of the whole thing. He said he had definitely not seen an instrument built this way and that he was excited and interested about it. This made me worry a bit. The final days before meeting were strange because I wasn’t sure if I had made a really good instrument. It’s weird but essential things get lost out of sight. Too late to change anything anyway. So it was just wait and see and try not to get too upset. At least I had time to care about the „piggy pink“ guitar case.

In advance I had asked Aynsley if it was okay with him to take some pictures. He agreed in a very generous and friendly way and told he was looking forward and would invest a lot of time to test.

On the 25th October 2011 I got an sms with his time of arrival. So nothing to stop the final – except the pain in my stomach. We met in the early evening. Accompanied by my son Daniel we went backstage to judge the instrument.

Aynsley showed very surprised by the small details and started testing playability right away. I was impressed by the way how accurately he examined the details and by his expert judgement. No rush at all, more a kind of celebrating the unwrap of the guitar. Watching him doing so it was clear to me that he was the right person.

I think a year ago he may have thought I’m some sort of a loony, and he was probably right. But we all need a certain amount of insanity in life, don’t we?

During the soundchack I could hear the instrument for the first time under operating conditions. For all those guitar players amongst you I just describe it with one eloquent word: drooling!

Everything worked perfectly and the pickups sizzled a really „shabby“ sound – within a second my tension turned into the calmness I had been longing for in the days before. It is really impressing the way a guitar sounds in the hands of a pro. He quickly got along well with the switching – another reason to be pleased. Such additional switches often are a handicap making things more complicated rather than easier. The soundcheck was a tremendous experience and worth all the work making this instrument. I was quite surprised when he told me he was going to play a song on the instrument during the gig that night. Said and done so. The sound put a smile on my face. But again, it’s all a matter of taste.

Now he has to find out the opportunities the guitar offers, find his favourite settings. Personnaly I’m statisfied and looking forward to a new project: a gypsy jazz guitar.

To Aynsley and his band I want to say „Thank you very much indeed. It was a real pleasure to me and it touched me hearing you play it!“ 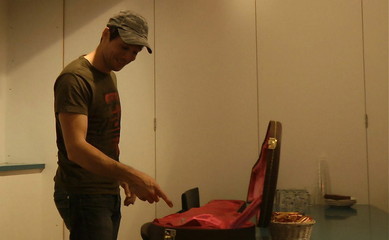 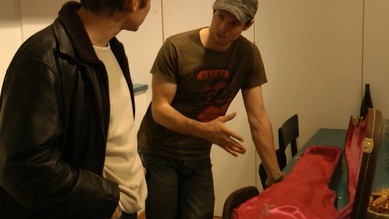 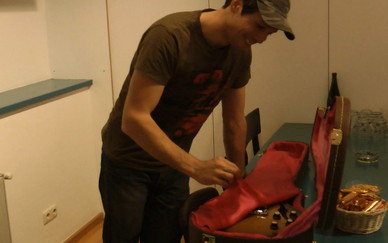 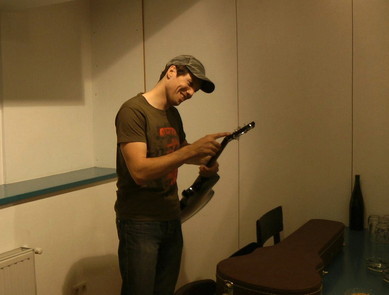 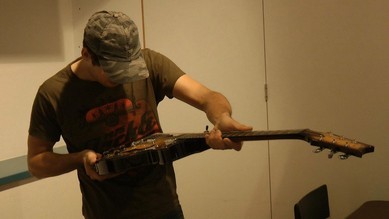 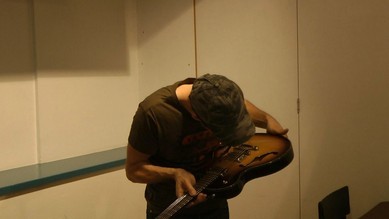 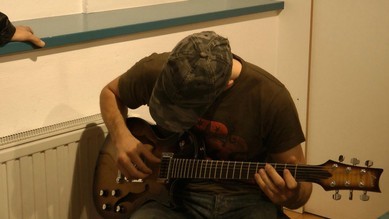 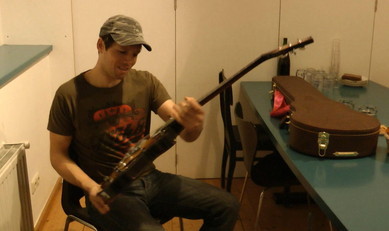 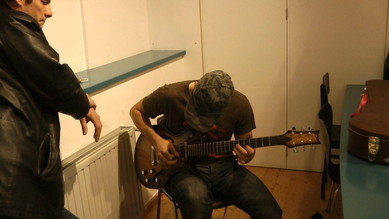 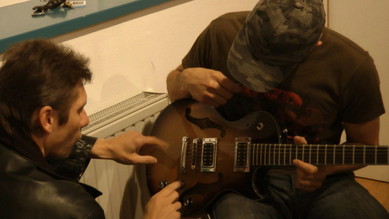 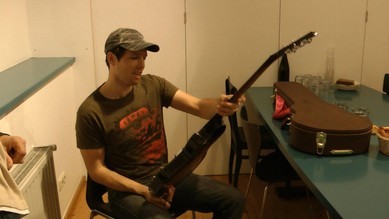 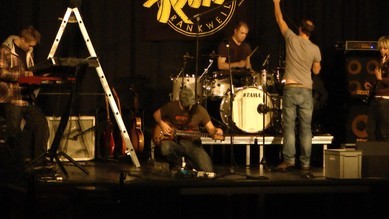 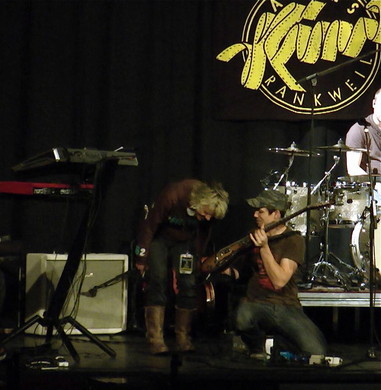 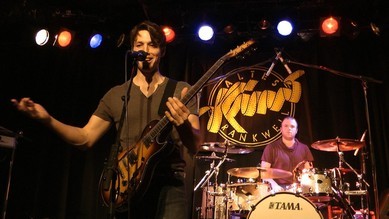 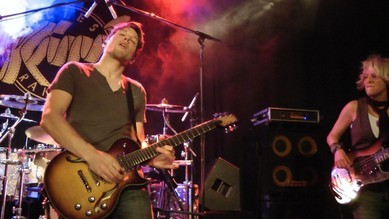 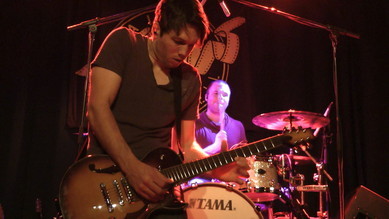 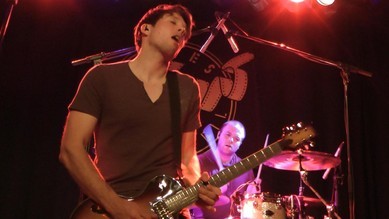 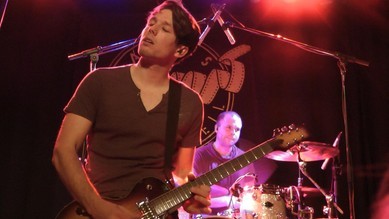 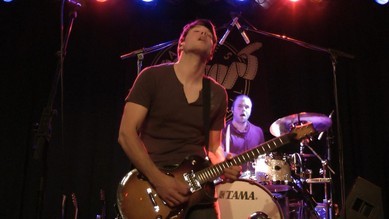 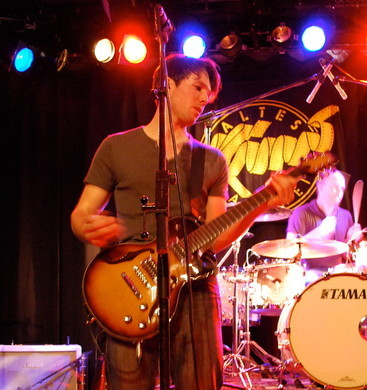 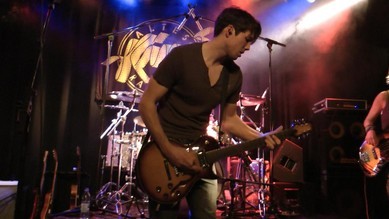 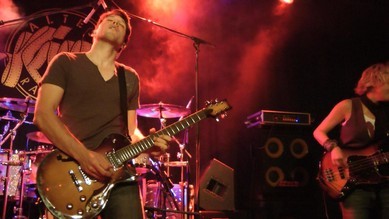 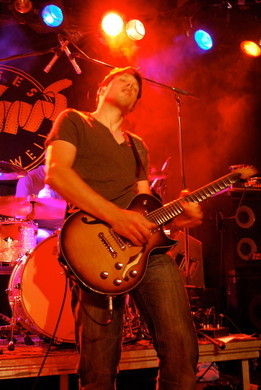 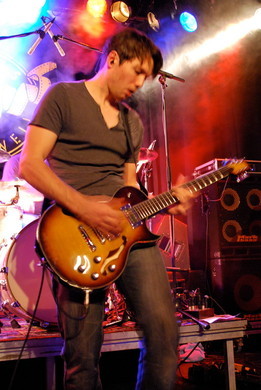 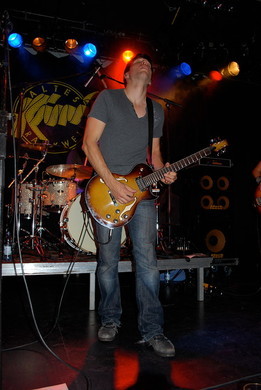 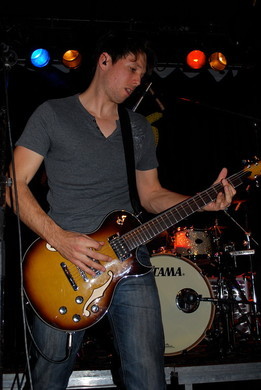 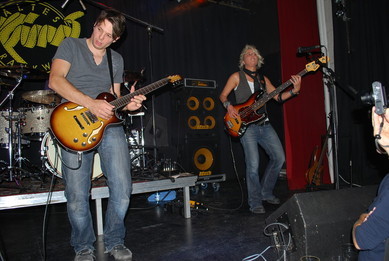 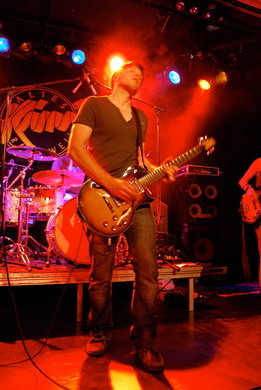 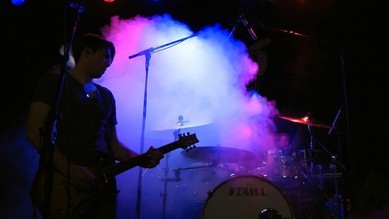 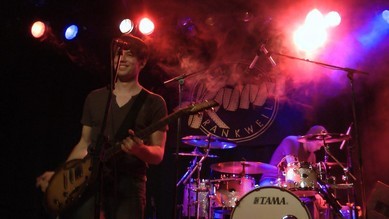